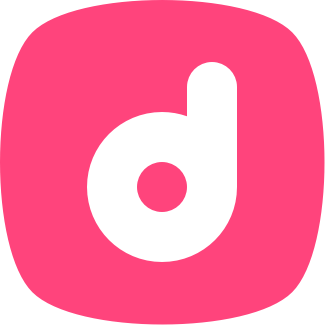 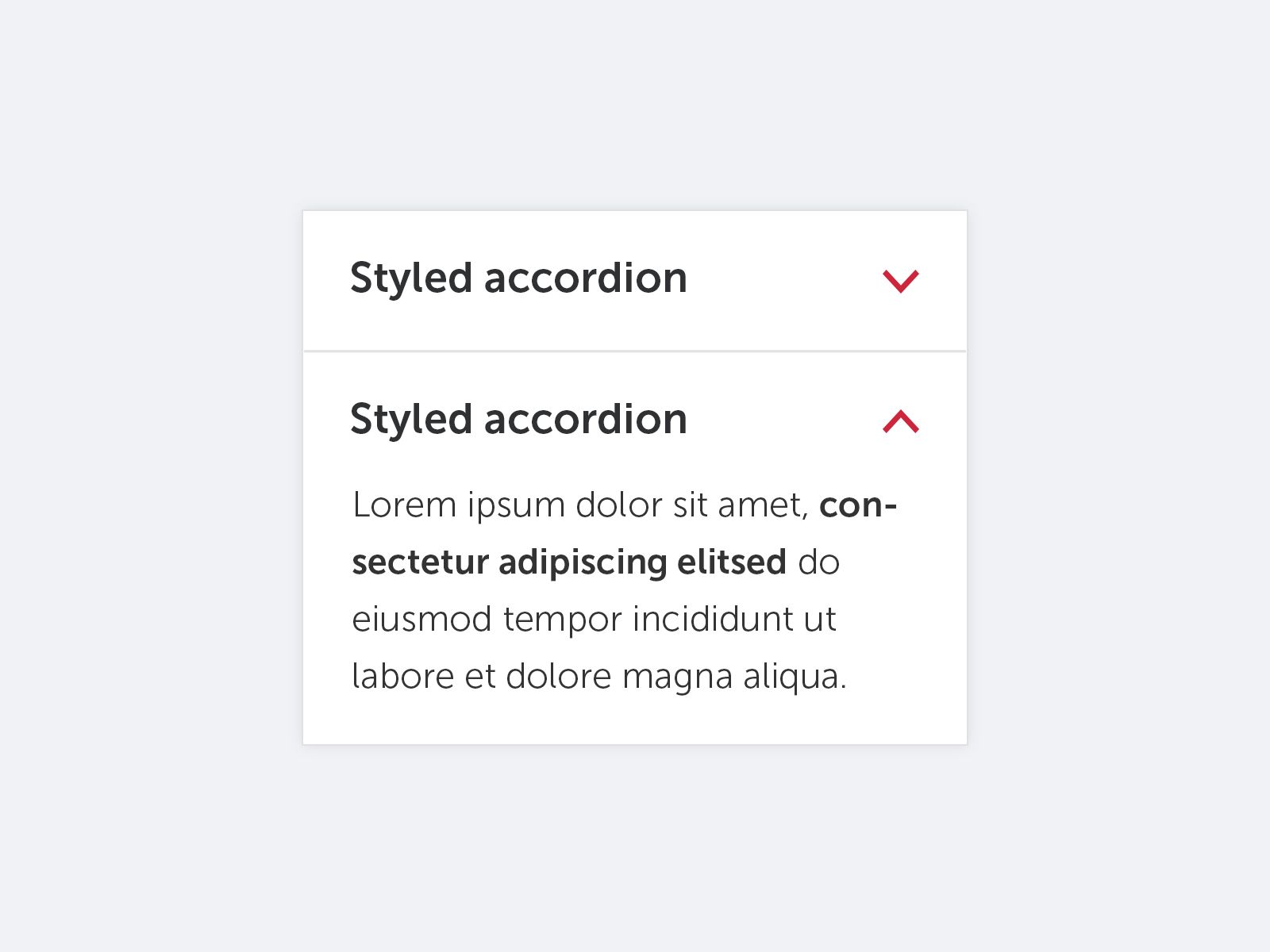 Why should I use them?

How to design accordions

Design patterns provide a solution framework on top of which the contextual design considerations can be applied. Context will inform two areas of design:

The elements of an accordion that need to be considered include the title, the expanded and collapsed accordion states and the expansion/collapse icon. 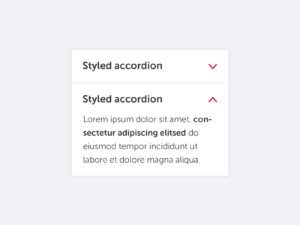 Subscribe to our newsletter and for the latest news and updates.